"Every day I see the difference our donations make"

UNHCR worker, Lilly Carlisle, shares a snapshot of her daily life in Jordan

The best part of my job is the reason that I’m here in Jordan – to tell the stories of refugees. As a communications specialist, I spend almost every day out in the field, filming interviews and creating content for UNHCR, and media outlets all over the world.

I live in the centre of Amman, which is a huge, sprawling, capital city of more than four million people, with a large expat and refugee community.

Before I arrived here from my previous post in Libya, I imagined the refugees – mainly from Syria – would feel worn down by their circumstances.

There are enormous challenges, though. Most of the refugees in Jordan live in the cities, rather than camps. They have more autonomy, but they also have to find money for rent, food and every other household expense.

In January, I met Rajaa, a Syrian refugee and single mother of four living in Mafraq, in northern Jordan.

She had experienced huge suffering: Her husband had been killed in Syria on his way to work, and her mother shortly after on her daily walk to buy bread. Rajaa had no choice but to flee.

During her first four years here, Rajaa and her children had been forced to move more than 10 times, because she either didn’t feel safe or fell behind with the rent.

Before arriving in Jordan, UNHCR communications specialist Lilly Carlisle, was based in Libya. © UNHCR/L.Carlisle

Since 2016, women have received only 6,000 of the 150,000 work permits issued to refugees by the government, which makes it almost impossible for female heads of household like Rajaa to make ends meet.

When I met her, she had been receiving cash assistance payments for a year, enabling her to stay in the same apartment with her children.

Her oldest daughter, Sara, was studying for her final-year exams, and for the first time Rajaa felt they had a future to look forward to.

My team and I spend a lot of time finding refugees to profile and interview. It’s an important way of showing donors how their funds are helping, and positive stories like Rajaa’s help build empathy and compassion for refugees, both here in Jordan and globally.

I speak Arabic, which helps – people are a lot more open when they learn you speak their language.

Like most of us, they’re also concerned about what they look like on camera. I’ll show them the footage of their interview and they’re like: ‘Oh my God, my hair looks ridiculous.’

Lilly spends a lot of time in the field finding refugees to profile and interview. © UNHCR/L.Carlisle

I love my job, but sometimes there are heartbreaking moments. Last summer, I met a Sudanese woman, Hasiba, whose sister had a tiny baby. When we went back to their home, I could see that the baby was so ill.

The women were using all the money they had to buy medicine from the pharmacy; they were too scared to approach anyone or go to the hospital. I think they felt vulnerable as two women alone.

We managed to take them to hospital and called our health unit to help them, and the baby has now recovered. But the situation was very sad.

I’ve learned to take time out when I get home in the evening to almost decompress after experiences like these.

At the end of the day I always feel so lucky. But it’s hard to switch from having conversations with refugees who have nothing to catching up for drinks with friends. My work is rewarding, but challenging.

For every refugee we help with funds, there are many others needing our support. But the women we help are so grateful. They always ask about our donors in Australia.

<p>Lilly says profiling refugees is an important way to show how funds help in Jordan and globally. © UNHCR/L.Carlisle</p> 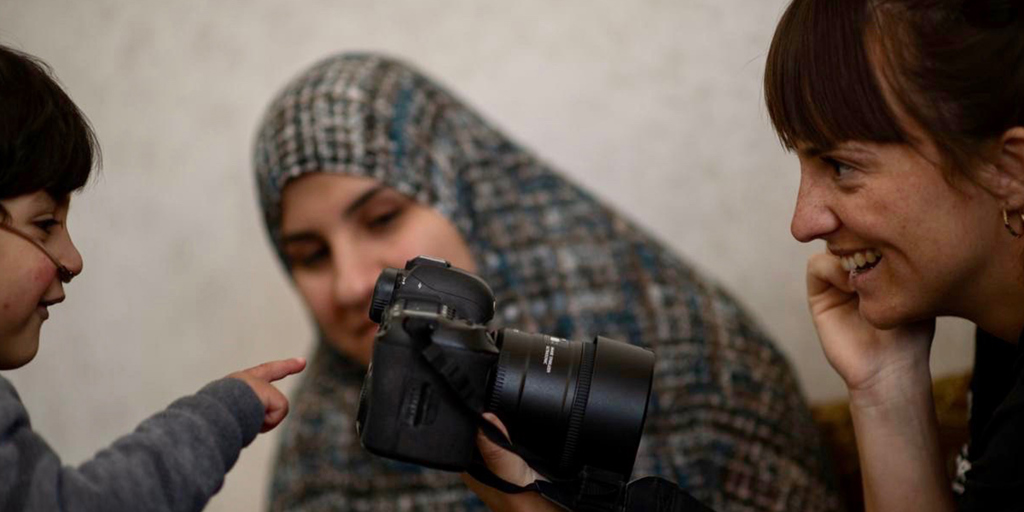 "Every day I see the difference our donations make"

UNHCR worker, Lilly Carlisle, shares a snapshot of her daily life in Jordan UNHCR officer Rasha Batarseh on why cash assistance is so vital "We can truly empower women if we focus not on their vulnerabilities, but on their strengths."